In the realm of UNDERGROUND Civil Sportshooting Club we offer each of our members the chance to participate in competitions. Our club is a member of the Hungarian Shooting Federation (MSSZ) as well as the Dynamic Shooting Sport Federation of Hungary (MDLSZ). This way, our members can obtain licenses from any of the related national associations.

We provide our members with support and aid in administrative tasks, including new licence applications, the renewal of old licenses or transfers.

Qualifying competitions are exceptionally important for sport shooters, mainly because the qualification is a prerequisite for acquiring and possessing firearms. The shooter can choose from a range of shooting disciplines. The traditional shooting discipline is bullseye shooting, which is an Olympic sport; however, dynamic shooting competitions are also becoming more and more popular.

The essence of bullseye shooting is accurate aiming and precise gun handling. The shooting takes place in a standing, either one – or two-handed shooting position without support or external help. The shots are executed from a distance of 15 and 25 meters. The target is divided into circular sections, which become smaller and smaller towards the centre of the target. The smaller the circle the bullet hits, the more points the shooter secures.

The competitors take their designated posts upon command and begin to shoot at the test target as many times as they wish within a time frame of 1 minute. The test shots are fired onto the test target. The qualifying shots, however, are executed onto 1 or 3 targets.

Each and every round is to commence on command and cease before the audible signal. Each round has a time limit of 25 seconds. Only 5 shots per qualifying round can be fired. Shots fired after the signal or any shot above the limit of 5 per round are penalised. After the third qualified round the competitors can observe (and take photos of) their targets without touching.  The referees or the appointed assistants remove the targets and hand them over to the referee for evaluation. The competitor securing the most points for the allowed 15 shots wins the match.

ISPC is a popular sport in over 80 countries. Many get involved as licensed shooters, however, over twice as many enjoy this sport as a recreational activity. IPSC has been long established in countries like Germany and France and is now about to spread to the East.

The idea behind ISPC was to equip law-abiding citizens owning self-defence weapons with the opportunity to learn and practise the safe and correct way of handling guns. The majority of the rules are based around this principle.

The idea of IPSC is to achieve a winning combination of precision, strength and speed. The majority of the exercises are aimed at close targets. Distances of 25m and above are considered incredibly rare in this discipline. Indeed, it is more of a demanding task to control a powerful handgun than it is to handle a steady pistol with small recoil. This is especially true, if the aim of the competitor is to achieve maximum speed. Time happens to be a significant factor, since the shooting result is always divided by the total length of time needed to execute the task. This way, the challenge is even greater.

Another important element of this sport is movement. The majority of the tasks involve several different posts and positions. There are often no designated posts at all, only the targets. In this scenario it is the sight- and movement-restricting barricades that limit the movement of the competitor, who is at liberty to choose the most suitable and most effective method of execution. Sometimes windows and doors have to be opened in order to attack the targets behind them. Other times targets interact with each other and so, hitting one may cause another to pop up or start moving. There are also the so called penalty targets. Hitting these results in a reduction of points.

This discipline is about the safe handling and the respect of guns, and teaches such disciplined behaviour without which owning and handling a gun would be unimaginable.

IPDA (International Defensive Pistol Association) is a very recent addition to the disciplines practised in Hungary. The police only recognise IPDA qualifications since 2006. The complexity of this discipline is achieved through 3 requirements, namely precision, speed and safety.

Although the safe handling of guns is an important factor in bullseye shooting as well, it certainly requires less effort to achieve safety shooting in a static position. IPDA is rather a dynamic sport. The shooting stages are versatile and plausible, whilst the competitors can take various posts and positions, such as next to or above cover and through a window. One- and two-handed shooting positions as well as shooting with the weaker hand may be required. Competitors are to keep moving with the gun on the shooting stage.  The safety of the matches is enforced by several referees and rigorous rules. Failure to follow the rules may result in disqualification and so even rookie participants are required to employ maximum safety. The fastest one wins, however, inaccuracy results in points down. 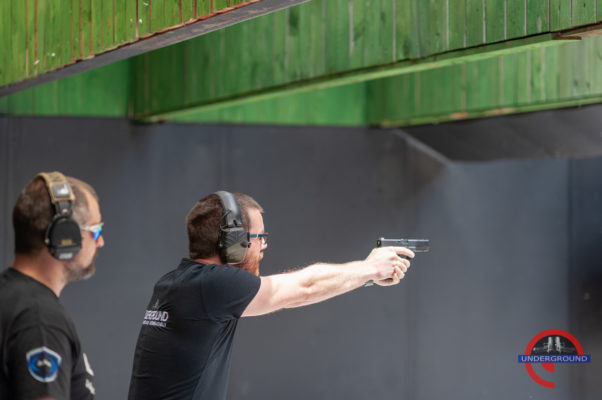 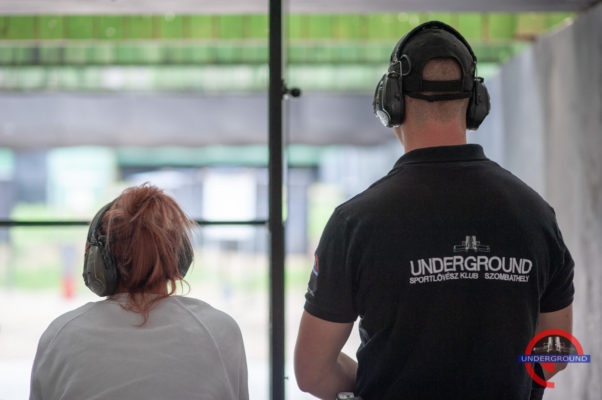 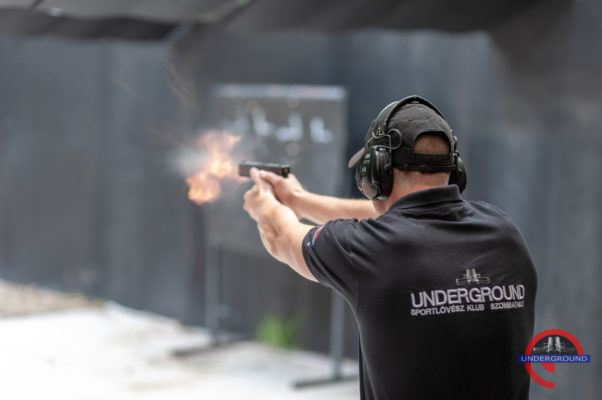 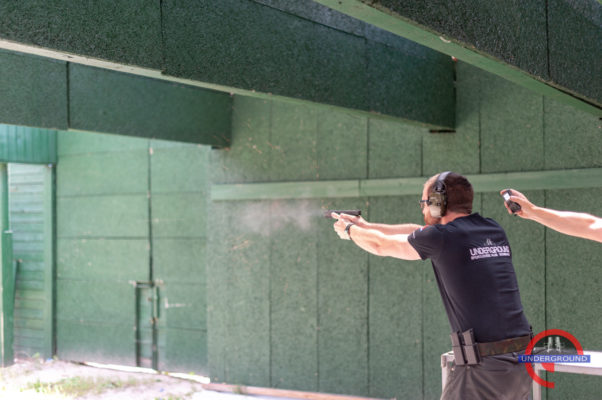 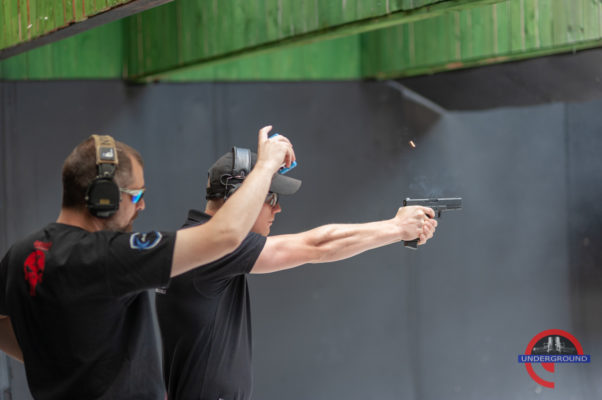 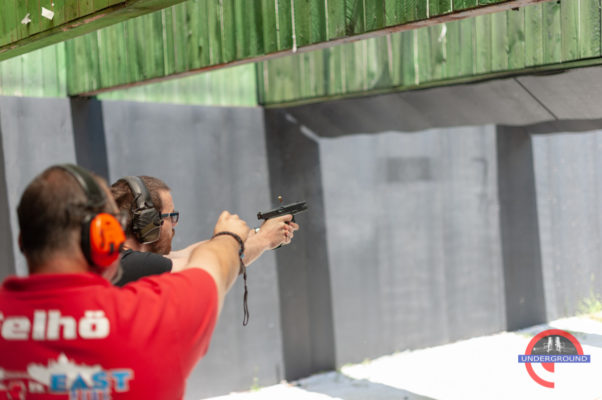 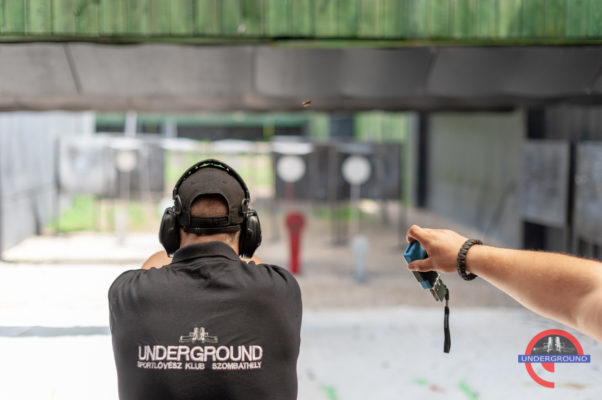 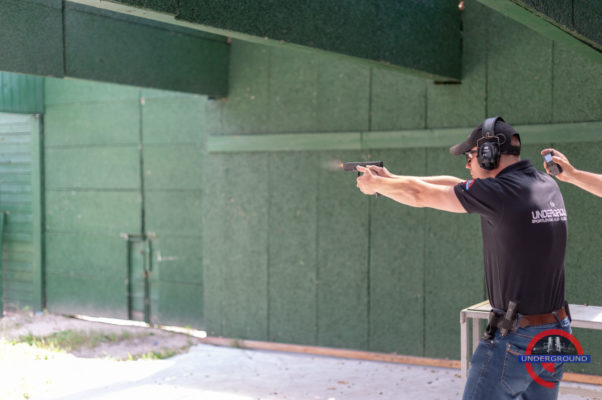 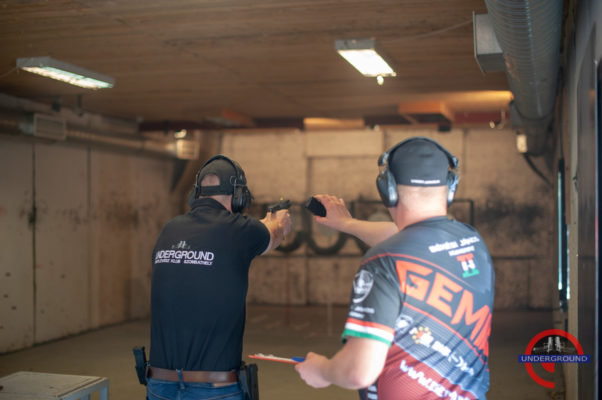 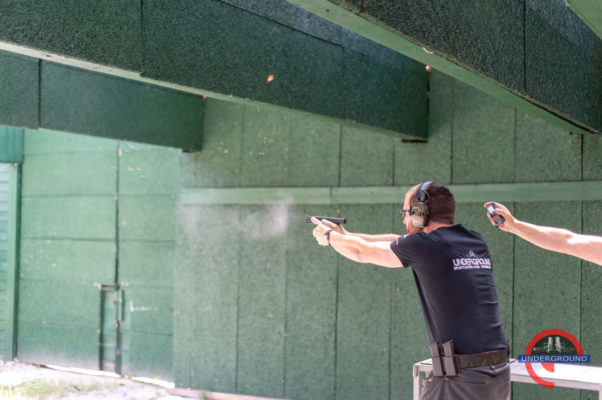 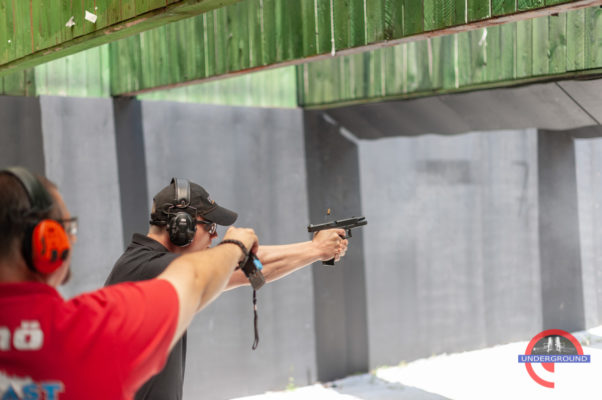 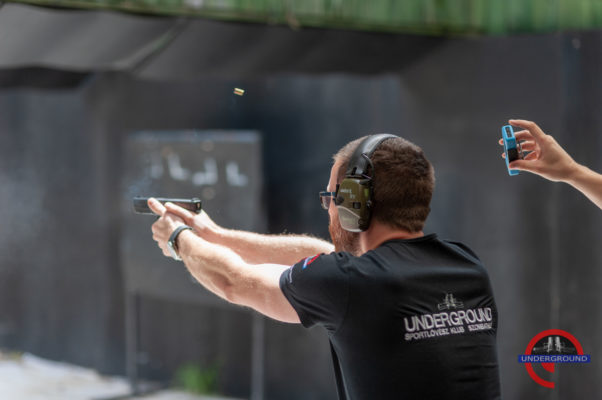 Events Calendar back to the homepage